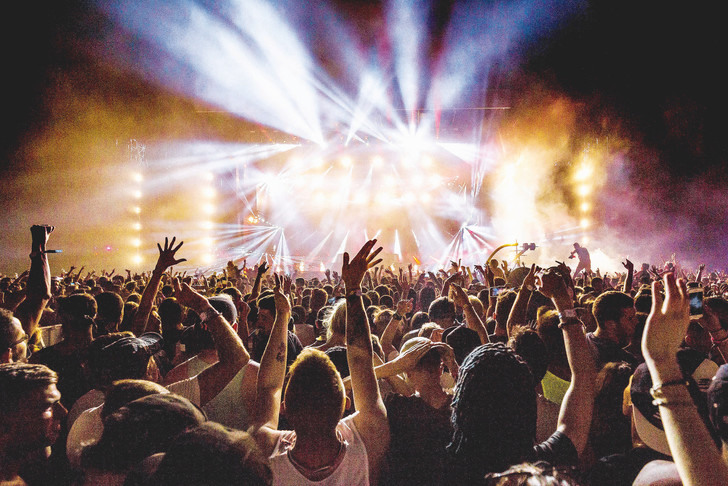 This year we are very excited to host one of the most progressive and eclectic selections of francophones artist from the four corners of the Francophone world of music. We start with a concert on Saturday, September 27th showcasing the well-known artist and multi-award-winning Corneille. Opening act is Julie Kim of Les Chiclettes fame, with songs from her recent solo album “Portrait”!

So exciting! To get you into the mood, we’ve prepared a special “soundtrack” of some of our favorite tunes from this uber-talented roster! We hope you enjoy our selection.

Corneille comes back with a new album, entirely in French, called “Parce qu’on aime” [Because we love] on February 15th, 2019. Written with his wife Sofia de Medeiros, the album features groove hip-hop and RnB sounds to support a text on tolerance. One of the most popular song is “Tout le monde” [Everyone], a dynamic, catchy piece that deals with man’s fragility and his contradictions but also and above all his quest for love.

“In a time where identity is one of the issues which appears to be the most passionate issue, you are torn between the aspiration to be yourself and the temptation to be everyone.” He said in a press release.

Perhaps you already know Julie Kim as a former member of the popular trio “Les Chiclettes”? Here’s the chance to see her as a solo artist. Do not miss the opportunity to see her present her new “Portrait” that includes the catchy song “Je dis ce que je pense” [I say what I think]. Her music with “soul” accents will make you vibrate in the first part of the show of Corneille, on September 27th.

Emmanuel Jal invites his audience on a new journey with his 6th studio album, Naath. Recorded with his formerly estranged sister Nyaruach, Naath aims to keep hope alive through creativity and the belief that tomorrow will be better. It is a very dynamic and afrobeat infused album, a true communion between tradition and modernity.

From there, emerged “More power”, one of the most dynamic songs and worthy to be considered as one of the best hits of the summer!

Let yourself be carried away by this sound by listening to this extract:

Find Emmanuel Jal as the main featuring of the Afro-Caribbean Musical Extravaganza on September, Saturday 28th. Buy your tickets!

Joanne Morra performs for us a very beautiful French song “Au chant de l’alouette”, a cover that displays Joanne’s powerful voice. Mainly accompanied by guitar and bass, she bewitches us with her beautiful voice.

Here’s an extract of her cover:

Listen to Joanne Morra at the Distilley District for the last day of the free concerts.

The acclaimed artist Donné Roberts will perform with Malagasy Roots group as the opening act on Sept 28th. Perhaps he will convince the rest of the group to play “Malembo”?

If you have never heard Donné Roberts sing this song it’s well worth the listen!

Come and participate in the warm-up with Donné Roberts on September 21st.