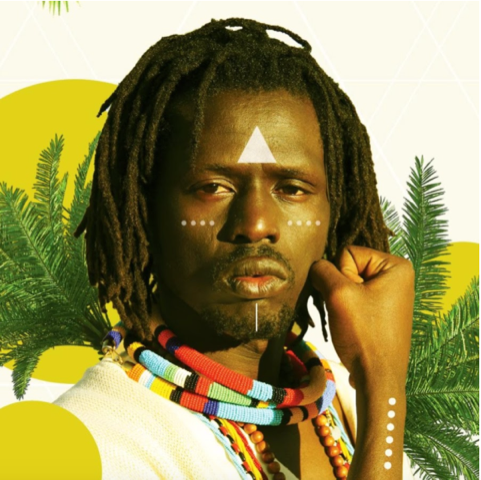 From former child soldier in South Sudan during the 1980’s to refugee in Canada, internationally recognized recording artist, Emmanuel Jal has taken his childhood wartime experiences and used them as a catalyst to help others.

He has defied the odds to become an internationally recognized speaker, activist, and humanitarian. Emmanuel Jal defends and protects those affected by war and poverty through his charity Gua Africa, which he founded in 2009. As a recording artist and actor he uses the power of his music to raise awareness for the urgent need for justice, equality and freedom for all.

Now, in 2019, Jal invites his audience on a new journey with his 6th studio album, Naath. Recorded with his formerly estranged sister Nyaruach, Naath aims to keep hope alive through creativity and the belief that tomorrow will be better.

Naath is a vivacious, Afrobeat-infused album with the siblings drawing strongly on the unique sounds of their country, interweaving traditional folklore and love songs alongside infectious dance tunes. “Naath” is an ancient word for the land, language and people from the Nilotic region and Kingdom of Kush.

Emmanuel Jal is performing as part of the Francophonie en fete festival on Saturday September 29th.