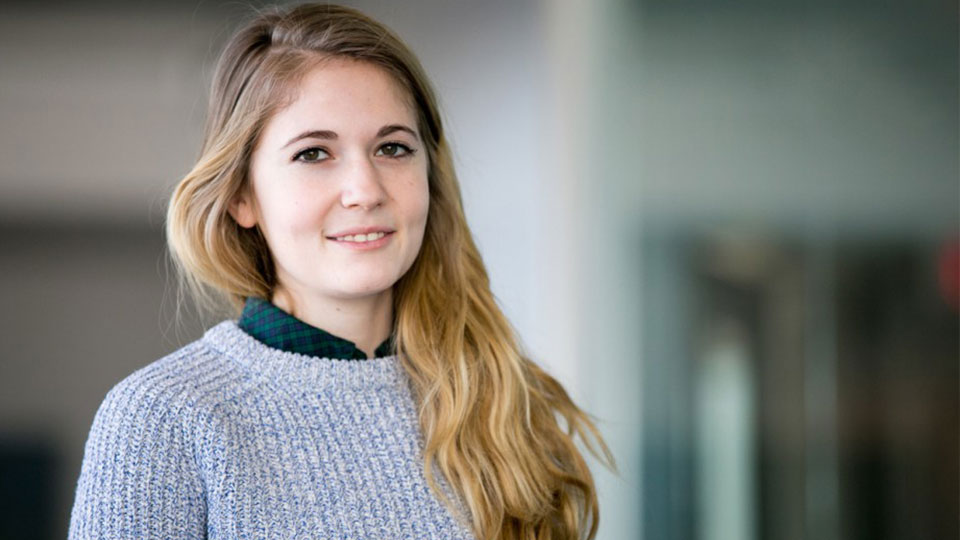 The next Francophonie-en-fete event is something really special!

We are excited to present Rosalie Vaillancourt, the popular comedian from St. Hyacinthe, Quebec at the closing concert for Toronto Francophone Week in March. The comedy show takes place at the Spadina Theatre/L’Alliance Francaise  on Saturday, March 30th at 8 pm. Get more details here!

26-year old Rosalie Vaillancourt is a hugely talented and fast rising star in world of comedy in Quebec, coming off her successes on TV and a web series called “Avant d’être mort” (‘Before dying’).  Now she’s taking her first solo show, “Royal Child” on tour.

Interestingly Rosalie had not seen many comedians in her young life prior to deciding to become one. She admires those who have the ability to make us laugh. Studying acting made her realize a career as an actress did not suit her personality and talents to the same degree  as did stand-up comedy. Her unique refreshing style breaks new ground for women in stand-up comedy.

Feminist all the way!

The comedy business is dominated by men, and Rosalie admits that early in her career she was counseled to adopt a masculine look, shed the dresses  and skirts, and to not  put her body out in front of her comedy performance. But times have changed for women in entertainment, and she does her part to challenge the status quo in the comedy business.

“I am really happy that guys sit in the audience watching my show for a solid hour, keeping their mouths shut while they listen to a woman talk. That’s hot ”, Rosalie jokes. “Lots of guys tell me ‘ You’re the first girl to make me laugh”. She quips, “Ya that’s because you never tried to get to know a girl before.“

Don’t miss this special chance to see Rosalie Vaillancourt on stage in Toronto.

Do you have high school or university students in your life? Treat them to the show (the tickets are very affordable) and you’ll create an opportunity to enjoy concert featuring a French-Canadian Millennial Rising Star together! What a great way to celebrate “La Semaine de la Francophonie” and our love of French language!

Concert-goers will be treated to a reception after the concert, where you can meet with Francophone friends old and new.

Tickets are going fast so jump on line and reserve yours today! Advance tickets are $30 and $40 at the door (if available).