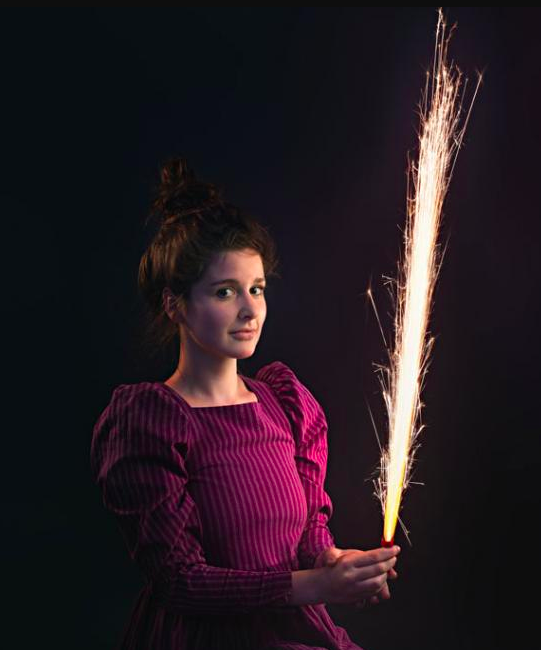 We are so excited to host Klô Pelgag in the closing concert for the 13th Annual Francophonie en Fete Music Festival !

This hugely talented singer-songwriter from Quebec continues to grow her following thanks to her refreshing and unique musical style. Klô Pelgag is the winner of numerous Music Industry awards, continuing to influence the music scene since her debut. Klô Pelgag will be on stage at the Spadina Theatre (L’Alliance Francaise) on Sept 29th. The concert starts at 8 pm with Julie Kim opening for Klô Pelgag.

Born in the Gaspe, Klô Pelgag was born Chloé Pelletier-Gagnon. At age 28, she is an established singer-songwriter, composer, guitarist and pianist. She has been writing original compositions since the age of 17. Despite never having taken a music lesson, nor learned to read music, she is capable of creating remarkably beautiful musical compositions.

Her inspiration comes from many sources. The visual arts of Fernando Botero and Salvador Dali, theatre and literary works of Boris Vian and Eugene Ionesco, and cinema of Wes Anderson and Jean-Claude Lauzon, to name a few.

Klo Peglag’s music reflects a creativity, intelligence, poetic beauty and uniqueness that makes her music difficult to define. At times it sounds like alternative, and other times seems to sound like pop or folk.

Her music also at times mixes progressive rock sounds from the 1970s with classical music. She is often compared to Barbara, Diane Dufresne and Richard Desjardins.

In her first album L’Etoile Thoracique, she is accompanied by a symphony orchestra. In concert she simplifies her music. She plays guitar or piano and is typically accompanied by guitar, bass, keyboards and drums.

Since her arrival on the music scene Klô Pelgag has been acknowledged by the music industry with many awards. In 2014 she won the Felix Award for Best New Talent by ADISQ. In France she won the Barbara Award the same year and the following year she won the Francophone Grand Prize.

In 2017 Klô Plegag made Quebec music history. She was awarded the Felix Singer-Songwriter of the year award for her album “L’étoile Thoracique”. This was the first time a woman was selected for this award since Francine Raymond’s win in 1993.

And these are only her recent awards! She’s been racking up awards since her arrival on the music scene.

In 2015 Klô Pelgag participated in the Shaved Heads Fundraising Challenge for Leucan, who provides support for children fighting cancer. She shaved her head between two songs during her concert at Montreal’s Soda Club and donated a portion of tickets proceeds to the charity.

During her award acceptance speech at the ADISQ Gala, she did more than offer her thanks.

In 2014 she encouraged women to wear the clothing that pleases them, even if it displeases others.

In 2017 she reminded the audience that it had been 25 years since a woman had been selected for the Singer-Songwriter Award, and expressed confidence that many more women would win the prize in the future.

Please join us on Sept 29th  at the intimate Spadina Theatre in Alliance Francaise, and discover this original, talented and committed French Canadian artist at the 13th Annual Francophonie en Fete Music Festival.