This show is brought to you by Francophonie en Fete in partnership with the Toronto French Book Fair. 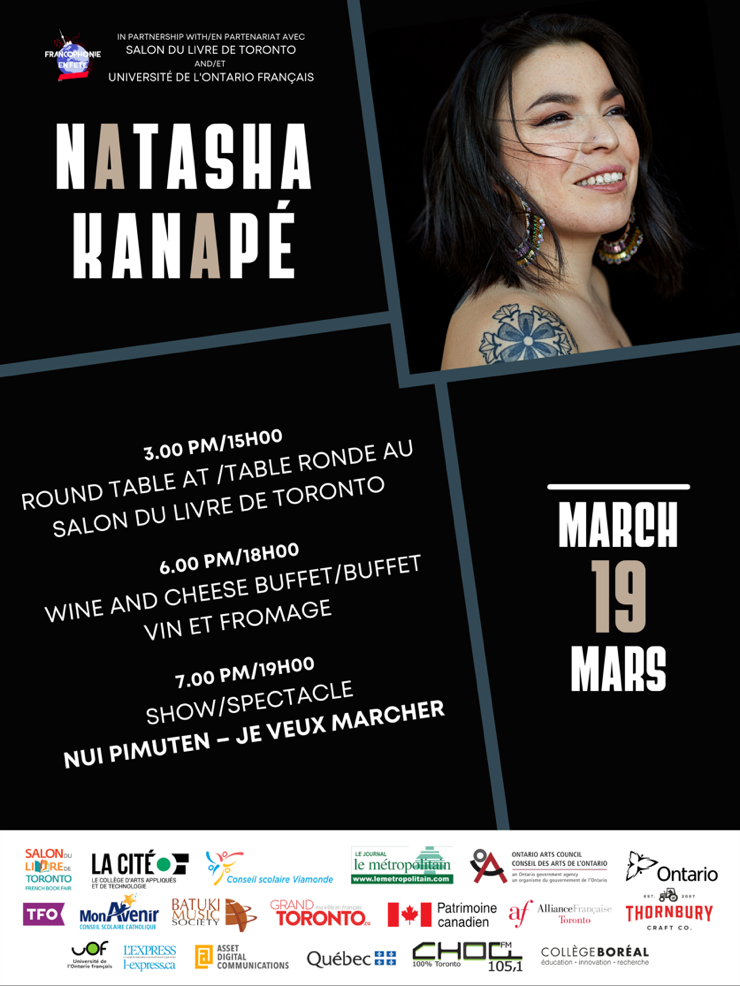 Born in 1991 in Baie-Comeau, Natasha Kanapé Fontaine is Innu, originally from Pessamit on the North Shore. Poet-performer, actress, visual artist and activist for aboriginal and environmental rights, she lives in Montreal. Natasha first marked the territory of Quebec with her “territorial” Slams in 2012, from Rimouski to Montreal.

From this project was born Kuei je te salue: conversation sur le racisme (Écosociété 2016), proposing dialogue between peoples to young people in schools in Quebec and elsewhere on discrimination and the relationship with the Other.

Since then, Kanapé Fontaine continues to travel the territories of Quebec, Canada and now the rest of the world in conferences, performances, and collaborations with artists of all origins. Proud member of the Innu people and inspired by the pan-Canadian Aboriginal movement Idle No More, she travels throughout Quebec, Canada and the world, her message being one of dialogue, reconciliation, healing and exchange between peoples.

Kanapé Fontaine now sees the publication in English of her collections Don’t enter my soul with your shoes and Assi Manifesto (Mawenzi House, Toronto, ON). In the spring of 2018, Blueberries and Apricots will be published by the same publishers, as well as Kuei my Friend: a conversation on race and reconciliation (Talonbooks, 2018), all translated by award-winning poet Howard Scott.

Fontaine’s artistic and literary approach aims to bring divergent peoples together through dialogue, exchange, shared values, and the “tanning of hides,” a metaphorical way of scratching the imperfections of thoughts and consciousness. With poetry, she rocks the Environment and begins a healing process with it.

Natasha Kanapé Fontaine fights against racism, discrimination and colonial mentality through speech and poetry, all to ensure a trace, in the process of decolonization, for future generations.