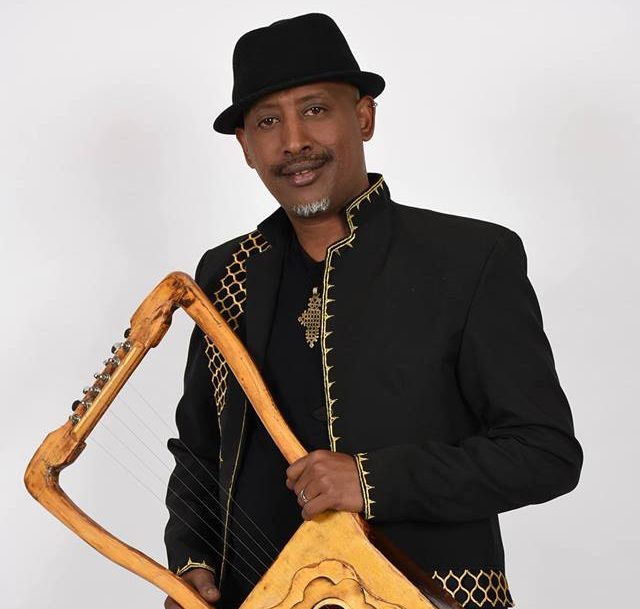 Born and raised in Asmara, the capital of Eritrea, Daniel Nebiat picked up the krar and was an early age, performing traditional songs and singing in his language, Tigrigna.

In Canada since 1996, Nebiat’s career has been focused on community celebrations, weddings, festivals and nightclub performances of both popular and traditional Eritrean music. In 2006, Nebiat performed at the Glenn Gould Studio for CBC’s Onstage, at the “Horn of Africa” ​​concert. He has participated in Afrofest, Afrikadey, Eritrean Cultural Day and Bana y’Afrique Festivals.

Nebiat opened for Seun Kuti & Egypt 80 at Harbourfront Center in 2007. The same year, he earned the distinction of being the first African artist showcased in Wavelength, the legendary launchpad for Toronto’s indie music scene. Nebiat’s first CD ‘Hakimey’ was released in August 2008; it features original and traditional Eritrean songs.

Recently in late February 2011, Nebiat returned to the Glenn Gould Studio as a member of Okavango: An African Orchestra, created by Batuki Music Society. Daniel Nebiat continues to be in the forefront of social and cultural issues in the United States and Canada.