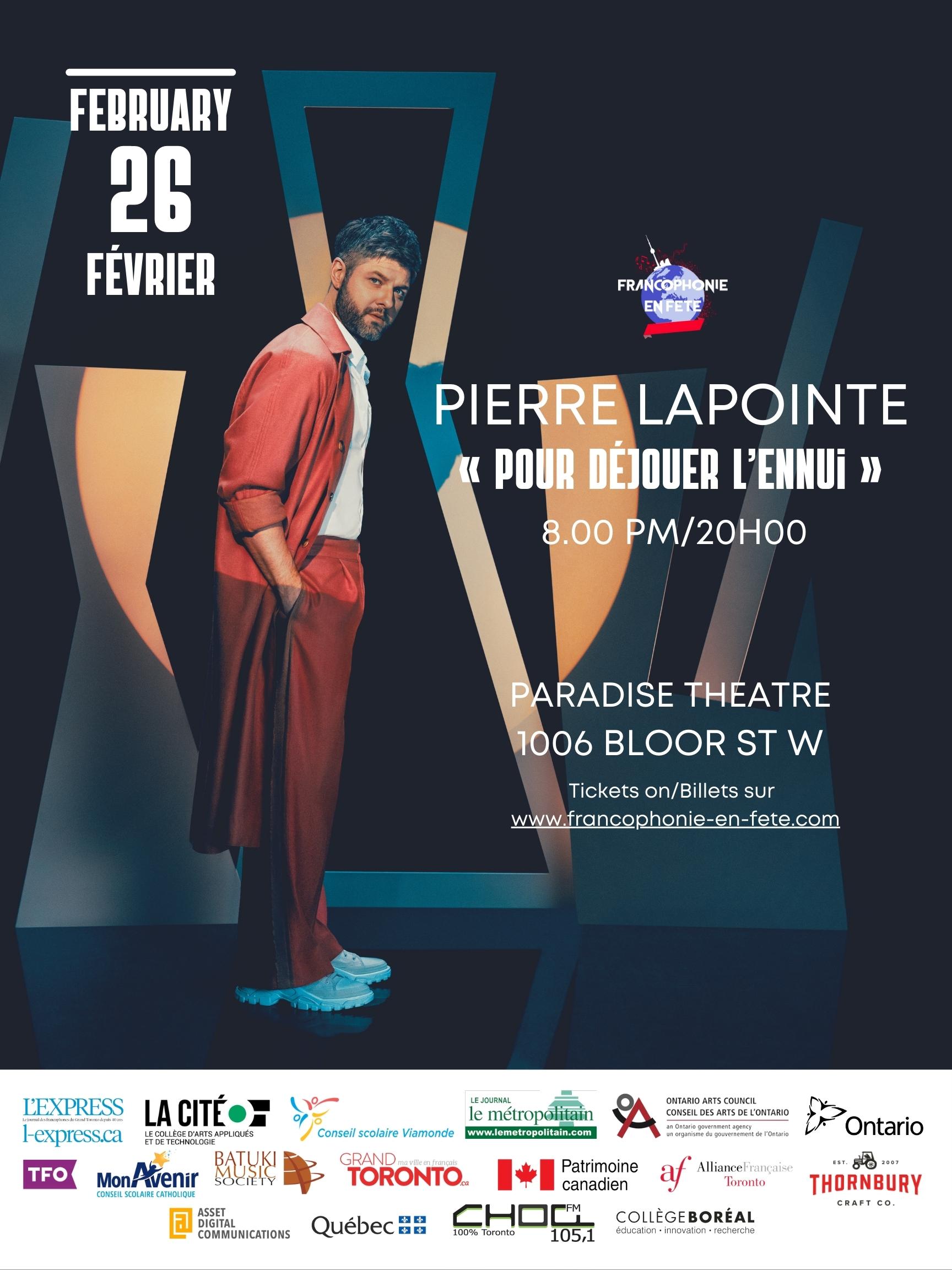 Honoured with numerous awards since the beginning of his career, the Quebec singer-songwriter is part of the tradition of French song with silky pop music and sophisticated lyrics.

With his many appearances on the biggest Canadian, Belgian and French stages, he is betting on a reputation that is second to none internationally. Each time, the same welcome for a very prolific artist who has already released 16 albums.

The French public was also able to appreciate him in the summer of 2014 when Radio France Inter entrusted him with a regular morning musical column (closing the 7-9 newspaper), Les Petites Morts, in which he evoked his musical favorites and invited several artists for exclusive duos such as Christophe, Mathieu Chédid, Vincent Delerm, Christine and the Queens or Alexandre Tharaud.

In Quebec, the public was able to appreciate him as a coach in editions 3, 4, 5 and 8 of the program “La Voix” broadcast on TVA.

On the stage of the Paradise Theatre in Toronto, Pierre Lapointe will present his new show: “Pour déjouant l’ennui”.

Find him on stage accompanied by his four musicians and accomplices. With his songs that shine and resonate in us, like precious and delicate little jewels, Pierre Lapointe once again proves right to all those who place him among the great names of his generation.