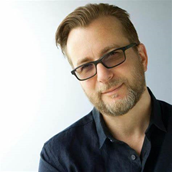 In the wake of the reissue of his cult album Sauvez Mon Âme, Luc De Larochellière and his band of the time are back on the road to immerse you in the spirit of the early 1990s. Same accomplices, same songs, same pleasure!  The opportunity, therefore, to hear finely written songs that, on the occasion of their thirtieth anniversary, have not taken a wrinkle, whether it is My Generation, Cash City, So fragile, Six feet underground or of course, Save my soul.

A show that smells of freshly unpacked vinyl and reminds us that, despite being a bit wiser, Luc De Larochellière has lost none of his energy and convictions!

” Nostalgic concert, a priori. On the form – the age of the repertoire – this goes without saying. Except that when we count the timeless and universal songs (Si fragile, Douce jalousie, Le trac du lendemain) and of all those whose texts of yesteryear are still relevant, we must admit that we have witnessed a surprisingly current and contemporary concert.”