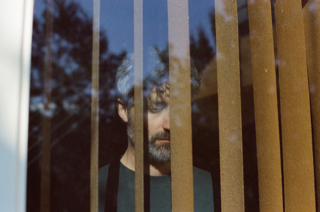 Singer-songwriter, album director, arranger, guest musician, radio and TV host: Louis-Jean Cormier has worn many hats over the years. But he never lost that wonder that springs up every time a melody comes out. After studying classical guitar at CEGEP, the musician and his friends founded the group Karkwa, which came like a breath of fresh air, shaking up Quebec’s rock scene. Four studio albums, several Félix and a Polaris later, the musician makes a turn towards a solo career. Fortunately, the public follows him in his adventures, while in 2012 he released Le treizième étage (Félix for the rock album of the year) and Les grandes artères (2015), which were a great success and opened up to him the doors of radio and television. The year 2020 marks the big comeback of Louis- Jean Cormier, the singer-songwriter, with the launch of his third studio album, Quand la nuit tombe  (Juno for Francophone album of the year). Interrupted by the pandemic,

Louis-Jean took advantage of this downtime to return to the studio and launched in April 2021 Le ciel est au plancher, a fourth album inspired by the mourning of his father.