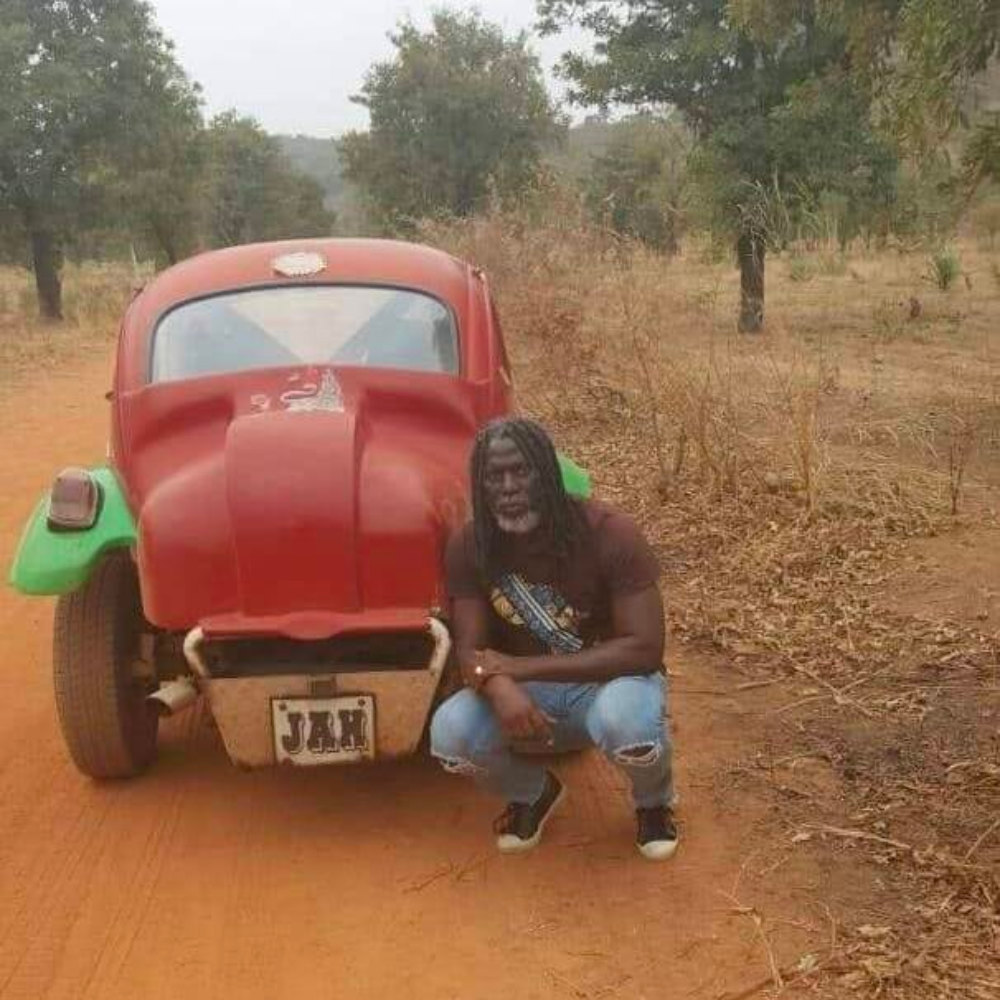 Tiken Jah Fakoly’s nickname comes from a young Ghanaian who called him “Tiken” because when his father called him “Tiani” (little boy in Malinke), the young Ghanaian heard “Tiken” and wanting to imitate him he pronounced “Tiken, Tiken”. At first it annoyed him, but then he said to himself: “But the guy he found me a nickname!”. Then, by extension, it became “Tiken Jah” because at the time everyone in the school called him Jah knowing that he loved Reggae. Tiken Jah Fakoly’s career began in 1977, when instead of studying, he went to dance in Dilleba (?!) his hometown. His father dissatisfied with his results sent him to a village 80 km from the first big city. But there again, the villagers made plans amongst friends and had musical evenings every weekend. When he danced (usually to African music) everyone stopped to look at him as if he came from another planet. However, when he went to reggae parties no one cared how he could dance; everyone was in their “vibe”, dancing, singing… Then one day he said to himself: “From now on when there will be other music you will stop dancing and you will devote yourself only to reggae music so that when people meet me on the street they’ll stop considering you as an alien”. From that point on, he got into reggae and began to borrow his big brothers’ tapes, who came to see him at night in the village and flourish in this musical world. This is how he discovers all the renowned artists such as Bob Marley, Peter Tosh, Burning Spear, U-Roy etc. As soon as he met someone who spoke English, he didn’t let them go and asked them to explain the songs, the “lyrics” of these great artists. He understood then that their message was of peace, unity and equality for all men and this is when he decided to sing. At that time he did not believe that one could sing reggae other than in English, but later he realized that that wasn’t the case.