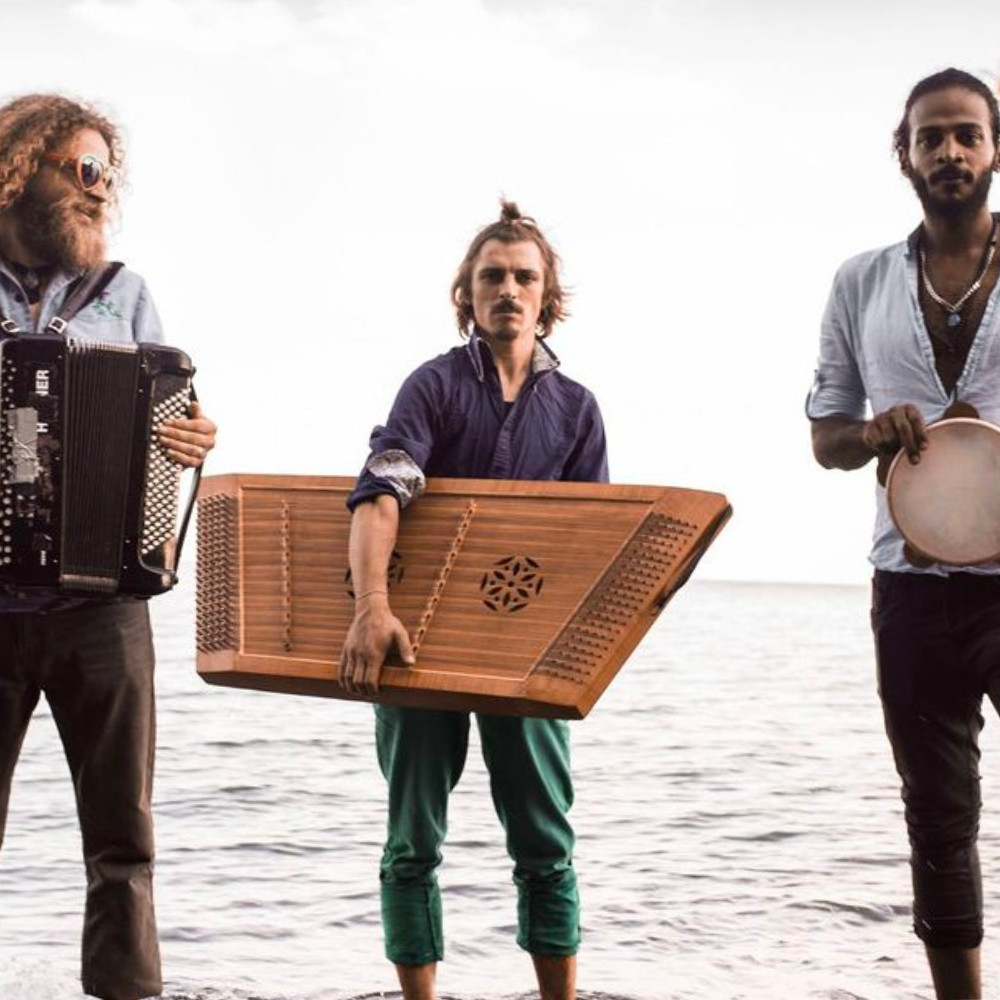 Moskitto Bar is a fresh and unique sound created in the multi-cultural hub of Toronto, Canada. Their sound combines a beautiful and original mix of Ukrainian, Balkan, Iraqi Middle-Eastern and French Celtic music.

The project was initiated by Tangi Ropars when he met newcomers Yura, from Ukraine, and Ahmed, from Iraq.  In June 2016, during a gathering in Northern Ontario, they met every day in the woods to share and teach each other their respective melodies and rhythms. As they were playing, the rural Ontario mosquitos, were joyfully feasting on the multicultural group inspiring their eponymous name.

Almost two years later, the trio connected with the notable violin player, Fethi Nadjem freshly landed for Algeria, adding his oriental flavour to the sound mix.
More than the music, despite their diverse traditions, political and social stories, they share a deeper connection, a mutual love and respect for each other and a common desire to spread messages of unity. “Connecting Cultures For a Better Future” .