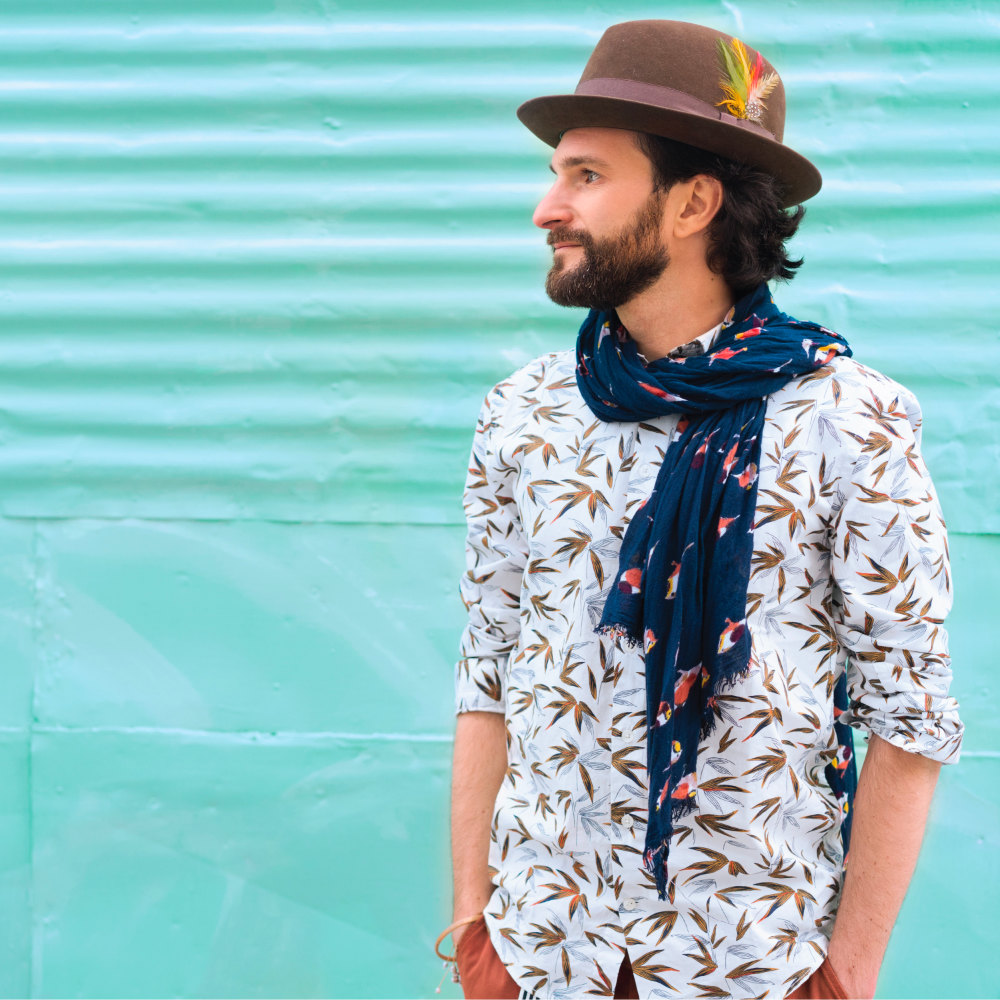 Author-writer-singer Kyris refined his writing and strumming on the road, on his quest tp find the secret formula to make masses sing along.

His artistic macrocosm is painted at the crossroads of folk slam. His music is warm and vibrant, with an undertone of  unifying and subtly political writing.

His biggest hit, “The heart of the world”, telling the tale of the necessity of unifying and walking together to a better tomorrow has already conquered many hearts,

In 2013, Kyris moved to Toronto where he decided to launch his solo career.

In 2014, he cofounded Franc’Open Mic, the first French-speaking open scene.

In 2015 his slam “Éclos” aired in collabpration with TFO, true love declaration to the Stage retracing his path full of doubts and obstacles in his quest to find himself.

In 2016 Kyris was selected for the singing camp of the Quebec Little Valley festival which gave birt h to his song “release pressure, ode to everyone having a hard day.