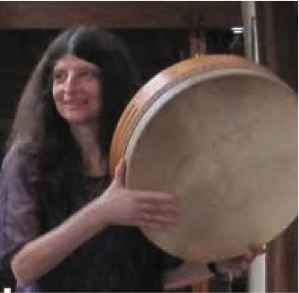 Songs of the Medieval Minstrels and Bards

Judith brings to life the Middle Ages of France with interpreta-tions of traditional melodies. Using medieval instruments such as the vielle-à-archet, flutes and drums, students are encouraged to participate in the responsorial songs of the troubadours.

Judith celebrates the richness of the French culture from the two sides of the Atlantic as she sings and accompanies herself on traditional instruments. Students will participate in ancient lyrical complaintes and lively responsorial songs.

Judith Cohen, originally form Montreal, is a singer and ethno-musicologist. She teaches ethno-musicology at York University and for many years has performed concerts and workshops in schools through Mariposa In The Schools and other organisations. She travels often to Europe where she lectures, performs and gathers traditional songs from villages. Judith is a doctor of musicology specializing in Sephardic music, and also holds a Masters of medieval studies from the University of Montreal.