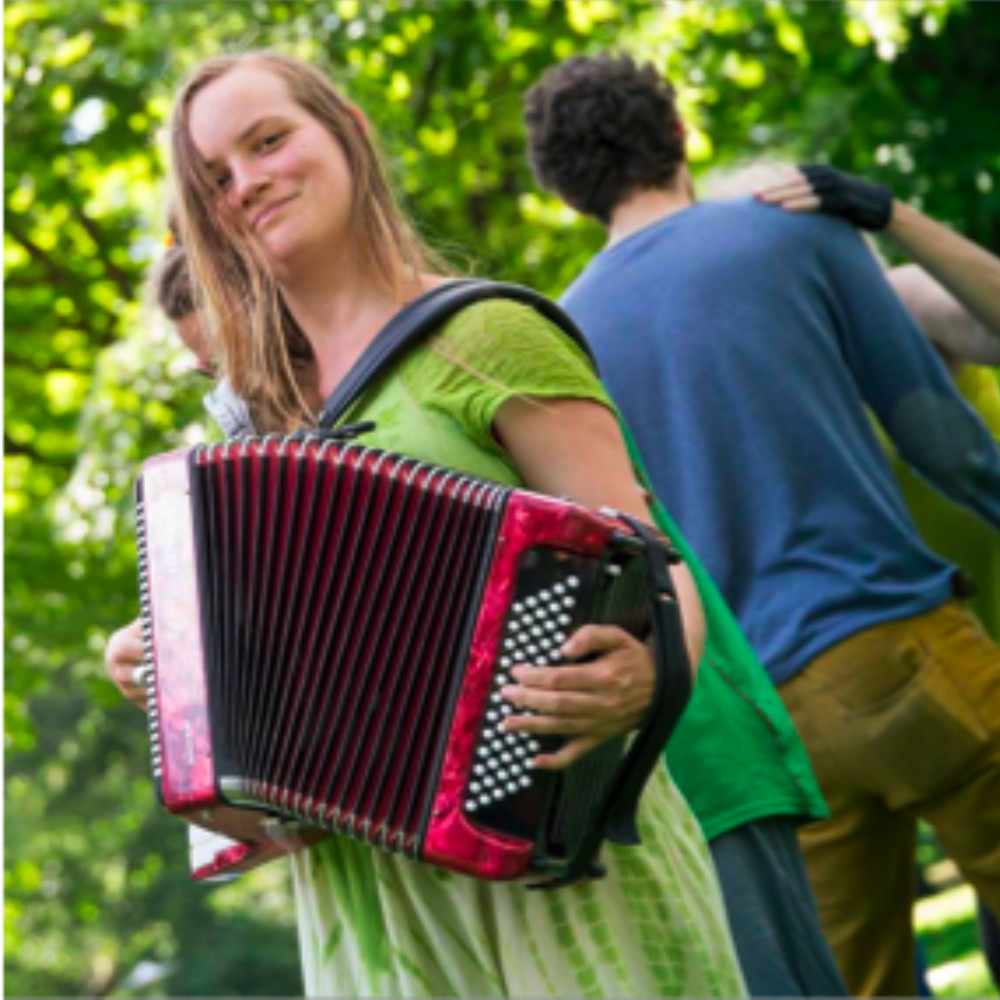 Balfolk refers to the contemporary renaissance of western European folk dances, particularly those of Brittany and central France. What better than to spread the pleasure of this phenomenon while at the same time, transmitting the French culture? Starting with a singing dance from Brittany, a bourrée from Berry and ending with the Circassian circle which is practically an Olympic sport, it is non-stop energy and fun.

Emilyn Stam is a virtuoso of the piano, violin and accordion. At a young age, she accompanied dancers and singers and eventually began passing on her musical traditions to young children. Later, during her participation in folk festivals throughout Europe, she discovered the pleasure of traditional dance or “balfolk”. She frequently tours Canada and Europe, taking her music and dance into various environments, including schools, festivals and even into the street.